Missionaries who studied at BYU–Hawaii said they are learning the importance of discipleship and how to serve others from home after returning from their mission due to the coronavirus pandemic. They said they are yearning to return to where they were serving their Heavenly Father and gathering his sheep.

Hannah Braswell from North Carolina, who served in the São Paulo Brazil Temple Visitors’ Center, said, “I have been feeling peace about everything, and it’s odd because everything has been so chaotic.

“I feel a lot of peace in knowing this is where I am supposed to be and knowing there are things I need to learn … It has been a lot of fine-tuning and figuring out where I stand since I have been home.”

She said she is going to wait a year and serve again. In the meantime, she plans on studying at BYU–Hawaii online for the Spring Semester and studying the scriptures as she prepares to go back out.

Elder Jacob Strathearn, from Iowa who served in the Madagascar Antananarivo Mission, said, “We were notified that we would be evacuated from [Madagascar] as soon as possible. Due to the risk that the coronavirus brought to the country, the president of Madagascar made a decision to close down the borders to foreign travel. Consequently, we had less than 48 hours to get out.”

Although Strathearn questioned why he needed to experience this trial, he said being a disciple is never easy. A disciple is a follower of Christ, he shared, and “Jesus’ apostles risked their lives and were killed [for] being a disciple of Christ. This is something I kept close to me during this change.

“The idea that discipleship isn’t easy, but if I push through [these] hard times and show my faith and trust in God despite everything going on around me. That is what missionary work and the Atonement is all about. You get back up after you have fallen down,” said Strathearn

Strathearn has been reassigned to the Canada Vancouver Mission, reporting July 22.

Sister Emily Payne, from California serving in the Guatemala Coban Mission, was temporarily released and asked to prepare to either go back to Guatemala or stateside.

She said she had grown to love the people of Guatemala, their traditions, and the culture. “I learned to really love it, and [imagining] going back to serving in a setting I have been in my whole life is [hard].

“I love my Savior, and I want to feed the sheep, whether it’s Guatemalan sheep or American sheep. He knows what’s best for me, and if serving in the states would benefit other people, then I am willing to do that,” she continued.

Similarly, Strathearn said, “This isn’t my mission. It is the Lord’s mission ... The Lord knows my situation. He knows where I go that I will be able to help people. If I turn this moment into a learning experience and throw my pride out the window.”

I will go, and I will do

Payne said, “I didn’t get to say goodbye to my investigators or members, and that was really hard. I had to get up and leave.”

Strathearn shared the example of George Q. Cannon and his willingness to go and do. It inspired him to learn about Cannon leaving his family to serve his mission on the eastern side of the United States. He said, “Instead of complaining, he told the messenger Brigham Young sent that he was coming, and he said goodbye to his family. He left the next morning.

“He wasn’t going to Madagascar, Taiwan or Australia, but going to another state in the U.S. That didn’t affect him. He didn’t care about [having] to leave his family … Instead, he cared about serving the Lord and bringing people unto Christ.”

Since returning home, Payne has been called as a ward missionary. She said she was asked to call the elderly in her ward and share a scripture with them, talking and providing them company during the isolation caused by the coronavirus pandemic.

Strathearn said he has been connecting with people through social media. He is teaching a man in his mission English and in return, the man is teaching him Malagasy. He said, “We video call all the time. We are both getting something out of the relationship.” 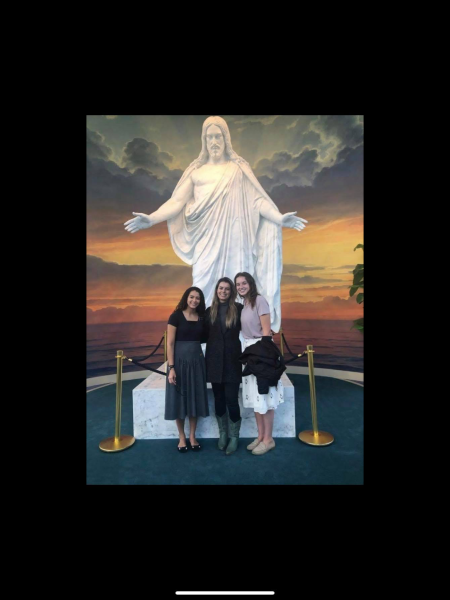 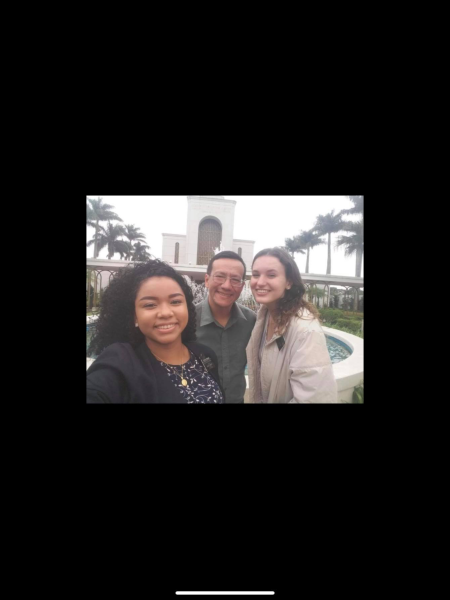