Nicknamed "the happy people," Samoans at BYU–Hawaii and the Polynesian Cultural Center shared how their culture, religion and family played into their joyful lifestyle.

Delsa Moe, vice president of cultural presentations at the Center and a BYUH alumna, explained how Jacob Roggeveen, a Dutch explorer credited with "discovering" Samoa, initially gave it the nickname the "Navigator Islands" because the Samoan people were masters in their canoes.

Moe added they became better known as "the happy people," possibly through Robert Louis Stevenson, a famous Scottish novelist who spent his final years in Samoa and reportedly fell in love with the people and the island.

Moe explained that although the exact historical origin of the nickname is unknown, people have embraced it. Born and raised in Samoa, Moe said after working at the Center for more than 40 years and familiarizing herself with Polynesian cultures, she can see why Samoans are called "the happy people."

"It's a name that seems to fit the personality of Samoans better, and now it's become branded to the Samoans, and through PCC and tourism efforts in Samoa, it is a reputation that has stuck."

Leilani Tafili-Arnett, a senior from Samoa majoring in political science, said one reason Samoans are called happy people is "aiga," which means family. "If you ask Samoans what the source of their happiness is, most of them will say their family."

Ammon Autele, a senior from American Samoa, majoring in exercise and sports science, said Samoans' happiness is related to their close relationships with their family and friends.

Khulan Davaakhuu, a sophomore from Mongolia majoring in exercise and sports science, said how, in her culture, they believe families should live far from each other. But in Samoan culture, it is the opposite. "They like to be close to their family and friends."

Siona Samoala, a senior from Samoa, majoring in hospitality and tourism management, explained that getting married and having his daughter added to his happiness. "When I come home, my daughter calls me 'Daddy,' and it makes my day."

Sarah Samoala, an alumna of BYUH and Siona Samoala's wife, shared how her husband's happy, carefree attitude positively influenced their marriage. She said, "I learned to be happy and not worry as much because positive things always outweigh the negative in our life."

Moe explained how Samoans' happiness brings them together, especially in times of difficulty. "Samoans love humor. They love to be happy, [so] when tragedies do happen, it draws them together very quickly, as a village, as an extended family and as a country."

She shared after an outbreak of the measles overtook Samoa in September 2019, she noticed the Samoan people did not focus on the negativity.

"Even though the outbreak was going on, it didn't keep Samoans from being Samoans and rallying together."

She said once a friend of hers dropped everything and flew to Utah when she found out about a former neighbor's tragic passing. Moe said her friend was cooking for the whole family despite the hot weather and exhaustion from traveling as soon as she got there. "That's what happy people do. You spread happiness to help others." 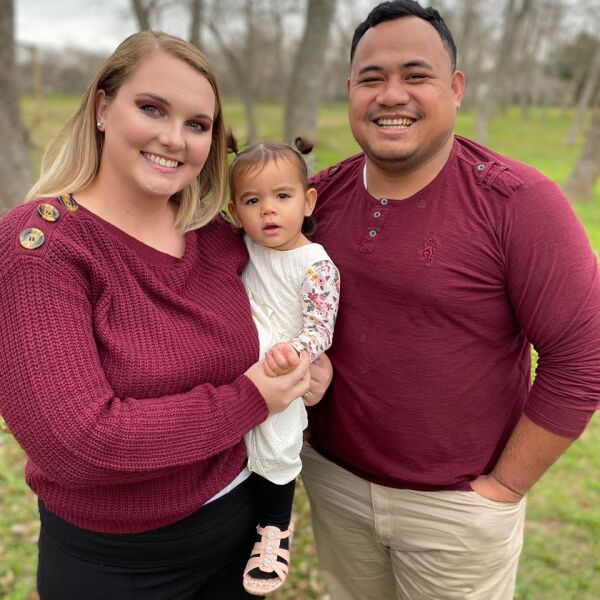 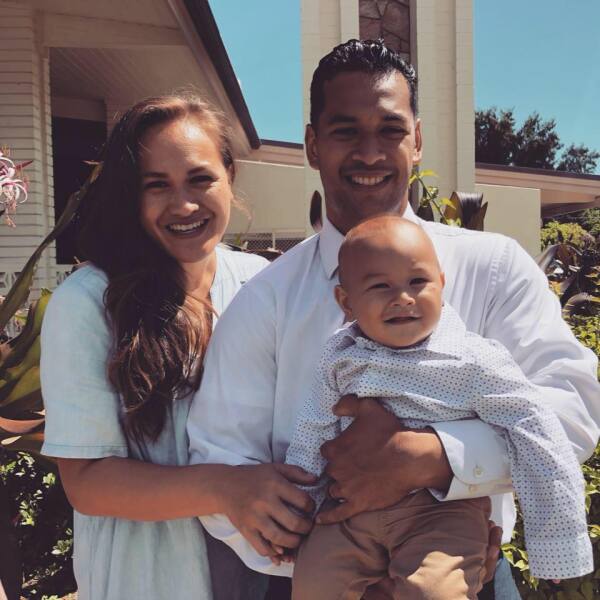 Siona Samoala said his culture taught him to be happy no matter what. "I am a happy person, and I am happy to be a Samoan. Personally, my culture, my family and my religion are the sources of my happiness."

Moe said one comment she often received is, "Samoans make a party out of everything." Moe added this even includes funerals. "There is that time of mourning and time of sadness, but it doesn't seem to last very long with Samoans.

"They're so resilient. They will find a way to make a joke out of it and to laugh it off. Then, they just pick themselves up and say, 'Okay, we got to move on.'"

Arnett said their sharing culture is one of the reasons for their happiness. "It is normal for Samoans to borrow each other's things as long as we ask and return. When we cook, we make sure it is enough for our neighbors."

Since she came to BYUH, Davaakhuu said she made several Samoan friends and learned from their culture. She said she noticed Samoans are very kind and sharing. "It seems like they don't know to be selfish. They always put others' needs and well-being before themselves, and I believe that it makes them happy.

Davaakhuu believes that Samoans' passion for singing and dancing adds up to their happiness. "They also appreciate good food and learn to enjoy it." 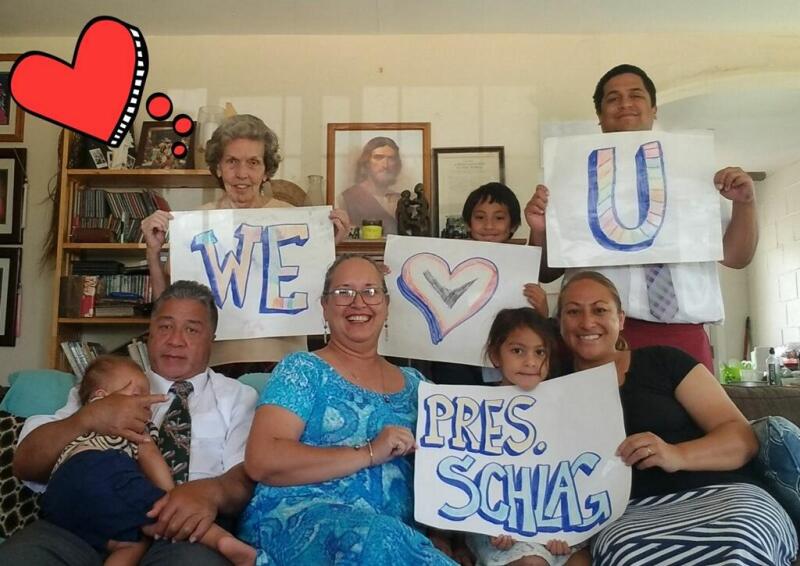 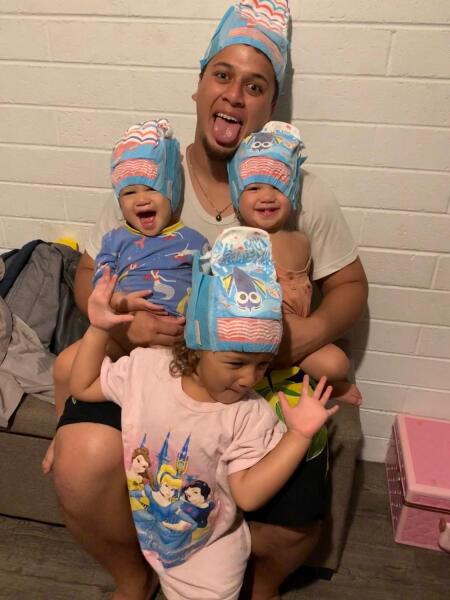 Siona Samoala said when Samoans are together, they like to joke a lot. "My family culture was that after dinner, we sit together and tell stories and laugh together. We grew up in that culture, so it stayed with us.

In agreement, Sarah Samoala said, "When Samoans are together, they are usually very loud and joke a lot. They have a different sense of humor than me."

According to Moe, "Samoans are natural comedians. They do seem to be a little more light-hearted about life in general, and they don't take things as seriously as some of the other cultures do, which can be a benefit and it can be a detriment to them.

"So many times while growing up in Samoa, there would be things that in other cultures would be considered very reverent or formal that required a type of respect, and before long you'd see somebody in the crowd, a Samoan doing something to get a laugh."

In Samoan entertainment, Moe explained, "fa'aluma" is what they call the song leader who leads the performers and acts as a jester. A fa'aluma's job is to keep the spirits up, not only for the performers but also for the crowd.

Moe added how the fa'aluma, if it is a male, usually uses a high pitched, comedic voice. If it is a female, she will use a very harsh voice, or something "totally unexpected from their persona, meant to incite laughter." Audience members are expected to follow what the fa'aluma directs–clapping or waving hands, and so forth.

"You have to pay attention because if you don't," Moe explained, "they have the right to mock you and call you out in front of everyone. You don't want to be the one that the fa'aluma points to because it means that the whole crowd is watching."

If this song leader or fa'aluma starts to detract from the performance itself, Moe said the choreographer would sometimes send them to the back for a portion of the show. "So even in our performances, we have things that try to ignite laughter."

"[Samoans] like to have fun at everything. But they are serious when it comes to church."

Siona Samoala believes Samoans' happiness is also deeply related to their religion. He said, "We have been Christians for almost two centuries, and most Samoans are Christians. Our religion taught us to appreciate what we have."

Davaakhuu said she noticed Samoans are free from material things and the world's false beauty standards. "They do not seek worldly treasures, such as expensive clothes, precious metals, etc. It prevents them from unnecessary stresses."