Students from Korea, Mongolia and Singapore said they persevered and overcame difficulty while serving in their home countries’ military. All three said their service refined them and helped them cultivate meaningful bonds with fellow soldiers they served beside.

Jeongheon Seo, a junior from Korea majoring in business marketing, served in the Korean Air Force for two years. He described how he worked as a military police officer throughout his years of service and served at the Air Defense Artillery Brigade.

Although South Korea is currently stable and safe, Seo explained neighboring countries like North Korea have threatened his home for centuries.

The “painful experience of losing our country from the invasions of other countries” is what Seo said inspired him to serve.

Today, outside countries still look for opportunities to take away South Korea’s peace, economically and militarily, Seo explained. “To defend our country from going through this painful history again, every Korean man carries a duty of national defense, which is why I served in the military.”

During his service, Seo’s base was located deep in the mountains of Paju, South Korea. He said it was so close to the border, “I could see North Korea on a clear day.

“My main task was to guard the base and identify the people entering and leaving the base. Our team was made up of 10 soldiers, and we regularly patrolled around the mountain to monitor the enemy’s movement.”

He compared his experience in the military to his time serving a mission. “Of course, life in the military and life in the mission is certainly different, but there is a similar pattern. It was not easy to adjust to military life because I had to abandon my old habits and follow the rules and schedule.” 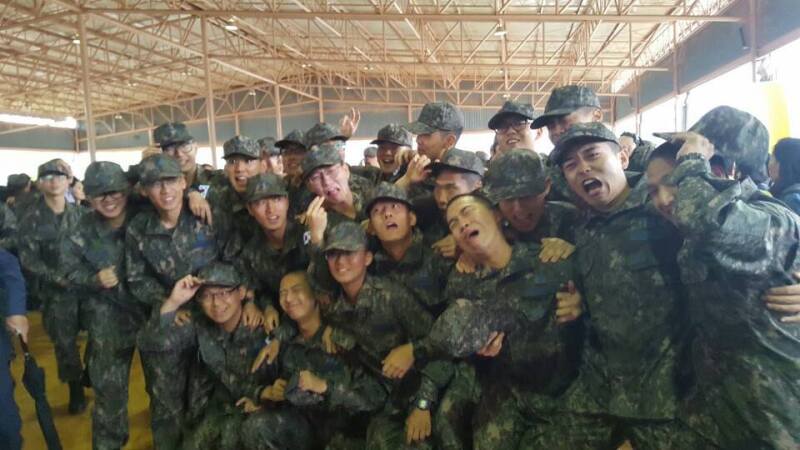 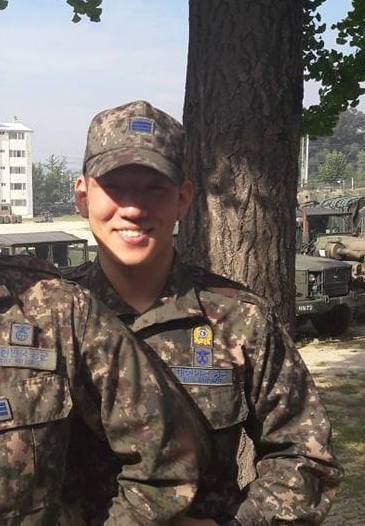 Seo explained he had to receive permission from his seniors to do anything, but as time went on, he said he became proficient in his work and was eventually able to educate recruits.
Seo shared how the best parts about his military service were his relationships and the tactical skills he learned while training.

He said he became close friends with others through training together for weeks and months, despite differences in rank. Seo detailed the unique skills he learned, such as handling weapons and operational tactics.

He also learned the value of patience and leadership – traits he resolved to always carry with him.

Seo expressed his love for Korea and acknowledged its rich and challenging history. “What I love about my country is its culture. Our country has fought many wars and had to endure an invasion from a country stronger than ours. However, even though we have gone through this harsh period, our culture is maintained until today. That is the reason why we value and love our culture.”

Saruul Ochirbat, a sophomore from Mongolia majoring in psychology, served in the Mongolian military for three months. At the time, Ochirbat said he was unsure of what he wanted for the future and decided to join.

During his service, Ochirbat said he learned valuable life skills such as discipline, patience and hard work. He also forged meaningful bonds with his comrades. “I love those guys who served with me. We ate together. We ran together. We worked together. We went through hardships together. I have a special bond with my comrades.”

Each day was the same, said Ochirbat. “Exercise, training, then on duty to guard special objects. Eventually, I got used to it, and it became a normal routine.”

While serving, Ochirbat recounted he learned how to handle weapons and complete tasks without excuses.

Despite his hardships, Ochirbat expressed his pride in Mongolia. “Mongolia is the least densely populated country in the world. We have a vast land that is so beautiful. I love Mongolian nature and history. We have a long history. I’m proud of the history of the Great Mongol Empire that dates back to the XIII century.” 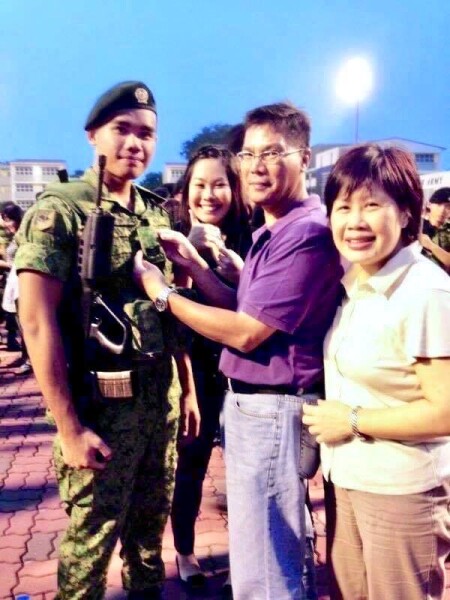 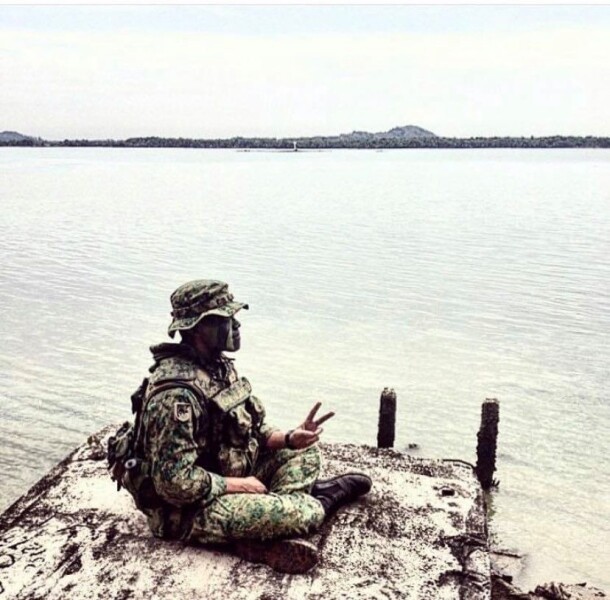 Galvin Tan, a junior from Singapore majoring in exercise and sport science, served in Singapore’s infantry for two and a half years. In Singapore, every male citizen is required to serve two years in the military, he explained, but Tan had a different reason for serving.

“What inspired me to serve to my fullest was the thought of keeping my family, country and loved ones safe.”

Like Seo, Tan also compared his time serving in the military to serving a mission. “The military and the mission are similar. The only difference is that the military was more physical while the mission was much more spiritual.”

Both pushed him out of his comfort zone, he said, and required a great deal of resilience, determination and mental strength.

“But when I gave my all to both, my life was changed, and I became the best version of myself.”

Tan recalled the hardships he endured while serving. The most challenging part of being a recruit, he explained, was the first two weeks of basic training.

“The first two weeks were rough as I transitioned from civilian life to that of a soldier. The main aim of a recruit’s journey is to wear him down, removing negative traits. Then, developing him again into a fine soldier, son, brother and man.”

As graduation approaches, recruits must go through an event called “field camp,” Tan said. Field camp requires all recruits to spend one week in the jungle, learning infantry skills and drills. “It is the most mentally and physically draining time of a recruit’s life, but also one of the memories a soldier holds dear to him.”

After field camp comes graduation day, where recruits must march 24 kilometers in full battle order while carrying 40 kilograms of equipment, he said. Immediately after the march, recruits have their graduation parade to commemorate their graduation.

By the end of his service, his platoon consisted of 80 soldiers in total, he explained. “It definitely changed my perspective on life with the lives of 80 sons, brothers or husbands in my hands.”

Tan’s time in the service, he said, was a time he will always remember. It was there he cultivated a deep love for the men he served beside. He said, “The best part about serving is definitely the relationships formed. A special bond is formed when you are pushed beyond your limits, and you look to the guys around you. We push each other to achieve success.”